The Story of Adam the Armadillo

Adam can't play football, because football is for the big animals only. Unless the watermelon has split into pieces, Adam is forced to be the game's football for the animals to play.

Lucy is very nervous about having with his friends. There may be kids older than Lucy in football, as said. Lucy is surprised by a creature in the form of a ball. The creature in a form of a ball reveals to be an armadillo named "Adam". He feels the same thing as Lucy did.

Adam has to watch the other 3 animals play football with a watermelon. However, the watermelon is divided into pieces, which is later taken away by ants. Adam is accepted to play football, but can't be on anyone's team. In order to play this game, Adam must be the football. The animals began playing football with Adam as a football. He ends up being deployed to a cave during the game.

The animals stopped near the cave, thinking the cave is filled with the monsters in it. The big animals try to rescue Adam, but are not sure what to do. Leopoldo and Dudley argued to see who should enter the cave first. Jazz decided to draw straws to see who can go in first. Leopoldo picked the shortest one to go in first. As Leopoldo entered the cave, a loud noise scared him away. Jazz also entered the cave, but the noise scared him too. Dudley stayed in the cave for a very long time to rescue Adam. He gets scared of the loud noise in the cave.

The animals began working together to rescue Adam from the cave. They finally found Adam at the end of the cave. The animals thought of rescuing Adam from the monster in the cave, but there is no actual monster. It was just the echo of his sneeze. Besides, Adam is just a little animal and the other three are big. The big animals started laughing, but the noise caused an echo in the cave.

Lucy is very happy with the story told by Adam. Molly began saying that tomorrow is a big day for Lucy. 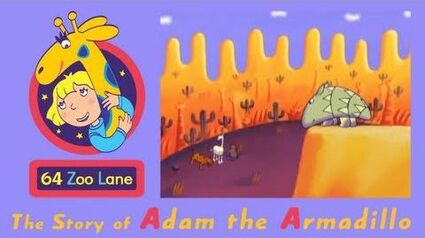