The Story of Alan the Aardvark

The Ants start to infest the savannah when Alan is relaxing with Toby and Doris. The problem is he was annoying the animals with the interest about the ants.

All the animals are talking about animal facts (for example: the duck's quack makes no echo, the kangaroos cannot walk backwards, etc.). Lucy realizes about all animals are expert naturalists about species.

Alan thinks everyone is interested in ants, much as he was. He explains the facts about how an ant can lift 50 times its own weight, including lots in ant colonies. Alan began annoying all the other animals while talking about ants. Alan is suggested to go on a vacation on the oasis in the desert.

While on a vacation, Alan does not really like the grapes, because of being bored on a vacation. Alan did not have a good time on his vacation in the desert. Alan began playing his favorite song while on vacation.

Without Alan, the savannah gets infested by lots of ants. The animals are surrounded by countless ants. Ronald began breaking the anthills, but more ants started appearing. Zed also does an attempt, but is able to reach the desert where Alan is relaxing. He has to save the savannah to get rid of all the ants. By playing his musical tune, all the ants are led to the blue mountain. The ants built lots of anthills near the mountain. Alan saved the savannah from the infestation.

As the story ends, Lucy is given one more fact about the animals. Boris explains to her that some of the tortoises can live up to 120 years. Georgina tells everyone to go back to sleep after learning all the facts about animals. 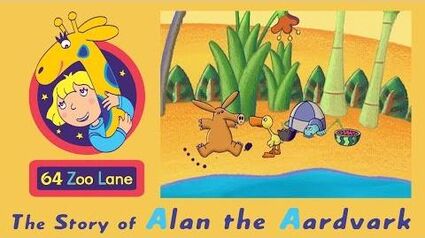