The Story of Annie the Anaconda

Annie, Leopoldo, Jazz, Adam and Taco go on a treasure hunt on the Mysterious Mountain. When they arrive, the mountain tells them to share the treasure amd work together in order to enjoy it.

As Lucy arrives in the zoo, Annie played tricks on her. Lucy can't see Annie, which makes her visible behind the other animals. Nelson gave out a suggestion for Lucy to meet Annie.

Adam and Annie have fun together until the 2 saw a treasure trail. Jazz the Jaguar, Leopoldo the Llama and Taco the Toucan appeared and heard this, which made them want to go on a treasure hunt.

However, Jazz excludes Adam that he might slow them down. With the help of Annie, Adam and his animal friends go through their first obstacle: a muddy pit. While Taco started speeding up, Leopoldo and Jazz slid down into the pit. Annie is used as a bridge and Adam started walking on her.

The next obstacle is a forest of cacti. The animals were lost, even Taco got his beak stuck on one of the cacti. Annie can't squeeze through the cacti, so Adam must knock over some tight cacti that are blocking the path.

Later on, the animals went up to the mysterious mountain, but are unable to get the treasure. Suddenly, a voice says someone must share the treasure when enjoying it. Soon, Annie and Adam arrived at the mountain, giving the other 3 teamwork. Jazz opened up the chest, which contained a pile of nuts.

When all of the fake coins are cracked, party objects are spawned. The animals had a great party at the mountain. 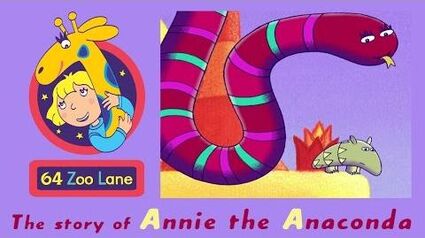