64 Zoo Lane Wiki
Register
Don't have an account?
Sign In
Advertisement
in: Episodes, Season 1 Episodes, Episodes that Boris told the story,
and 6 more

The Story of Beverly the Beaver

Beverly almost causes a deforestation of the fur trees in the forest while trying to build a bigger dam. She was very selfish while cutting down the trees.

The monkeys are trying to share popcorn with Lucy, but she refuses to. Georgina begs pardon for Lucy to share. Lucy thinks of herself about selfishness.

The North American forest is filled with the fur trees. Melanie used to scratch her antlers in one of the trees when her antlers got itchy. Randolph has his mushrooms shaded by the trees. Boris has a fallen tree where bees are making honey.

Beverly was the only one who was wanting to build a bigger dam. She started cutting down with the many trees. Randolph notices that his mushrooms will wither without the trees. She also chopped down Melanie's relaxing tree. She also took the fallen tree in which Boris was using for honey.

Beverly was alerted by Boris, Randolph, and Melanie for stealing all the trees while trying to build a big dam. The animals try to find another forest as Beverly almost finished building her dam. She notices everything was deserted and her animal friends are moving away. She was very unhappy how she took Melanie's scratching post, stealing Boris's honey tree, and causing all of Randolph's mushrooms to wither.

Beverly soon was back to her dam. She got angry with herself about the useless masterpiece by stealing all the fallen logs. She soon found Melanie, Randolph and Boris about finding a new home. Boris offered some seeds to grow new trees are replacements. Beverly thought to herself about building a massive forest.

Lucy has finally understood the true meaning of selfishness. Lucy has ran out of popcorn for the monkeys. The monkeys have already finished half the bag of popcorn before the story ended. Lucy talked to them that she'll get more popcorn for tomorrow.

Lucy thinks how selfish she has been to Giggles and Tickles about sharing the popcorn. 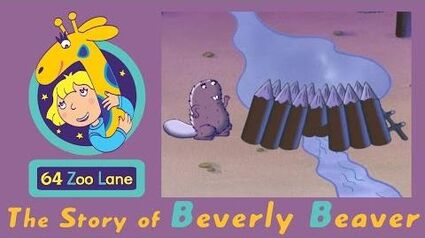