The Story of Doris the Duck

Doris ends up treating her best animal friends Toby and Kevin as servants while pretending to be a princess. Audrey helps the 2 animals to stop the pretend.

All the animals are practicing manners, which they are pretending to be servants to Lucy.

Doris and her best animal friends loved playing in the mud and making silly faces. The 3 later pretend to be people (e.g.: pirate, detective spy, princess). Doris pretends to be a princess, only to be treating Toby and Kevin as servants. Toby and Kevin are reporting to Audrey about Doris treating the 2 animals as servants.

After having enough of that, the 2 animals began making silly faces, thus giving Doris back her memory of playing the game. Doris removed her princess outfit and the 3 animals began playing in the mud again. 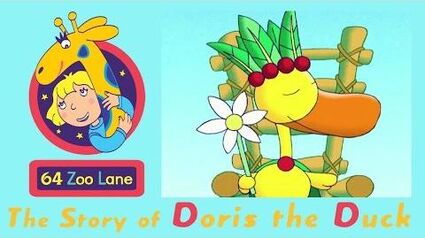