The Story of Seamus the Stork

Seamus lost all of his feathers by crashing into a tree, thus being unable to fly. The birds try to find a way to make him fly again.

The animals have a complaint about there are barely any stories about the birds. Lucy explains about a serious situation about a bird in distress.

One morning, a light breeze blew clouds across the savanna. William begins singing about the clouds until being distracted by Pauline. Isabel, Annabelle and Maribelle got shocked by Pauline for being clumsy. Most of the birds have a special technique in flight. We are introduced to various types of birds who are able to fly, including Seamus. Seamus is the master of the skies, until he crashed into a tree by accident. Seamus lost all of his feathers, thus being unable to fly. The other birds have a serious situation.

The other birds gave him their feathers as replacements for him to fly, but nothing happened. The next plan was to make a kite. William ended up making it and Seamus was placed inside it. Nelson holds up the kite, but he felt itchy. Seamus was never able to fly.

Things became a problem and the birds have no choice but to be on ground. Soon, the birds decide to create a tower of sticks. The game took days until Seamus made to the biggest stick. He was able to pick it up. However, the feathers grew back before Seamus could pick it up. Seamus is now able to fly again and all the birds are very happy. Seamus became the master of the skies. He flies with the other birds in the sky.

Lucy likes stories about the birds, especially with the elephants in them. Lucy also learned about many types of the birds and their flying techniques in this story. 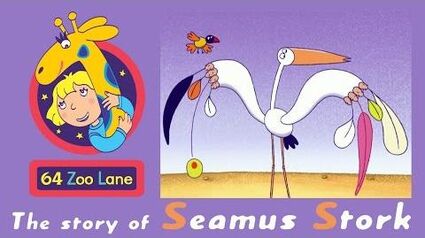