Zed is pre-occupied on doing the hobbies while the animals are trying help him do the chores. The problem is Zed doesn't listen to his friends by doing their jobs his way, which makes him become a hindrance.

Zed meets up with Georgina, who is offering him to remove weeds from her garden. Soon, he ends up causing mess on the garden, which makes Georgina very unhappy. Zed not only removed the weeds, but also removed many of the precious beets. He meets up with Toby who is trying to watch football in the jungle. Toby offered him for a nice walk, but Zed didn't listen to him. He ends up deploying him to the football match.

Zed ends up cheating after Toby was deployed into the soccer match after the monkeys wanted to play the game. The animals have to restart the soccer match after being interrupted for cheating. Later on, he meets Ronald who is breaking boulders. Ronald does not need any help, warning him to be careful with his boulders. Zed doesn't listen to Ronald. He ends up kicking one, which caused all the boulders to break like a domino effect.

He meets Herbert who is rolling a line of watermelons. After asking, Zed started eating some of the watermelons without an advice from Herbert. Soon, all the animals have a conversation about Zed who is not helping anyone.

Zed ends up sulking near a tree, where Georgina is hiding. She advises her to listen to anyone completely before doing something. Georgina talks to the animals about Zed being sad. He sees Toby who is lost. However, Georgina says he must stop and listen to his friends first.

He meets Toby who feels very sad. He does not like fast rides, so Zed gave him a slow ride. All the animals are very happy for reuniting him very slowly to everyone.

The monkeys are having a hard time try to let the toy tell a story. The toy box can't tell any stories, because Lucy was just joking. 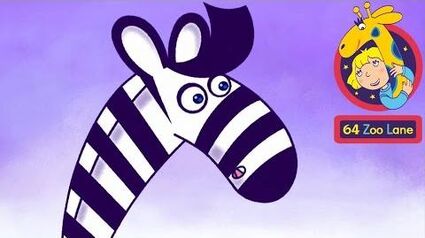