The Story of Zed the Hero of Africa

A volcano starts to erupt in the African savannah, so Zed and the other residents are forced to leave their home. But the animals try to stop the volcano from erupting.

Lucy is dressed as a superhero, calling herself "Super Lucy".

Zed was running super fast across Africa. He meets Nathalie cheering for him, then asking her about another challenge. Zed begins looking for another challenge besides running. Suddenly, the ground begins to crack. The animals didn't notice there was a volcano starting to erupt.

The couple walks towards the burrow while trying to leave. Esmeralda began asking her about the volcano, but she doesn't know much about it. Zed and Nathalie began alerting the other animals that the volcano is about to erupt. Nelson says that the volcano will spread lava and create additional rocks. 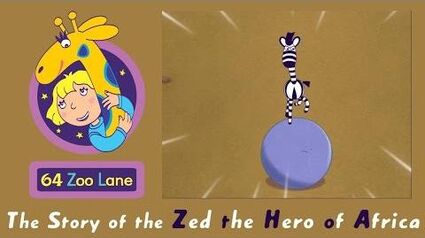