The Story of the Boomerangball Game

Janet won't let Joey play his favourite game for a while after falling out with Julie. Carrie is very intelligent with Joey to prove Janet and Julie for being wrong.

Lucy brings her ball to the animals. They think the ball is a football, basketball, soccer ball, or golf ball. The animals began using it to think what type of ball it is. Lucy explained that any sport can be played with just one ball. Wally appears next to Lucy. He tells her a story which no one has ever heard of.

Joey and his friends are playing a mixture between a ball and a boomerang. Janet and Julie began arguing about their sons playing the game in a combination between two objects. Joey began asking his mum if he could play the game tomorrow. She said that there will be no more games for a while.

Joey woke up very early the next day. He say his mother is packing a picnic for the ball game. Joey and Jimmy were the best players in the ball game. Jimmy used a boomerang (used as a baseball bat) to hit the ball and the mothers are friends again.

Lucy began telling the animals to tell her friends at school to play the game that was from the story. It is now time for bed. 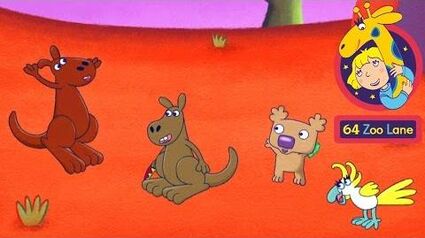