The Story of the Dawn Chorus

Doris gets annoyed by a dawn chorus, because the animals are doing special greetings. She decides to make her own dawn chorus by telling the animals to quack like a duck. However, things become a problem when the other animals refuse to quack like the ducks in the chorus.

Lucy tries to figure out a story told by the many animals, but the story isn't easy. The only story found out was the story of the Dawn Chorus.

She tries to make her own chorus by using her own sound ("quack"). This makes the animals want to hear a new chorus. With the suggestion accepted, this makes Doris want to make everyone do her sound. The animals have a hard time quacking like a duck. This has been a problem the next day, as the animals can't make sounds like ducks do.

We learn that you can't force everyone to do your own sound. Lucy liked this story, which made Molly very happy. 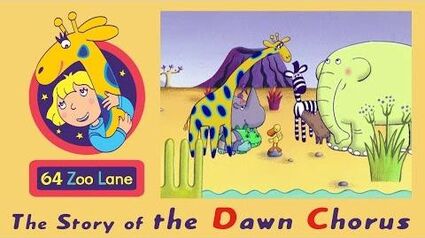