The Story of the Great Rains

A heavy rain is occurring across Africa. The monkeys are in charge to keep a lookout for rain. They started making false predictions instead.

The animals are very tired, due to a busy day at the zoo. Lucy began making a joke towards the animals, which didn't make them happy. Lucy was just trying to wake up the animals.

The monkeys are very bored in the new tree. Suddenly, they saw a dark cloud in Africa. The monkeys began warning the animals that the great rain is arriving. The animals had enough of the jokes. They arrived at Georgina trying to keep a lookout for the rain. The monkeys warned them that there is a dark cloud above her.

We learned that the monkeys never played jokes while staying on the mountain. Lucy decided not to play another joke on everyone. 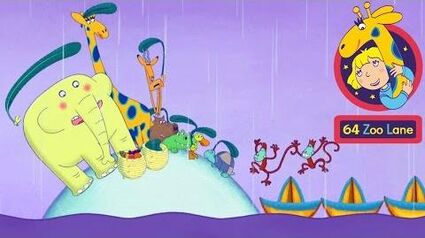