The Story of the Last Buluru Berry

Joey and his friends are warned by Wally, because an exotic type of berry must be eaten when ripe. However, most of the unripe berries were eaten and there was only one left.

It is a lovely morning in Australia. Phoebe has fun playing with her friends Joey and Jimmy. They took turns throwing boomerangs in the air until Phoebe was distracted by the berries. Wally is seen right next to Phoebe to see what she is doing. Phoebe explained about the note about eating these berries, due to being poisonous when not ripe. Actually, these berries are safe to eat. Joey and Jimmy began asking Phoebe if the trio can eat the berries, but Wally won't let them eat the berries. The berries must be ripe first (in purple colour) before being eaten.

The reason why the trio isn't allowed to eat berries is that there will be an event of tasting later in Australia. The trio was excited about the event about to happen later. The trio didn't listen to Wally's advice about the berries. They ate most of the unripe berries and caused more to be launched far away and eaten by other animals. The trio began finding animals that don't listen to Wally across Australia. Carrie was busy eating a berry, but stated she and the other animals are doing nothing.

Joey and Jimmy found Mr. Platypus finding some berries. The trio began alerting him that he and the other animals don't listen to Wally. But the platypus ate the berry instead. Later on, there were only half of the berries left in the bush. Wally is irritated that some of the animals have been eating the berries before the event. Wally is very furious at the animals to see who really caused trouble before the event started. All the animals made a mistake in eating berries and understood the power of patience.

Lucy has understood the true meaning of patience. Lucy would like to have an event of tasting, but now is time for bed. 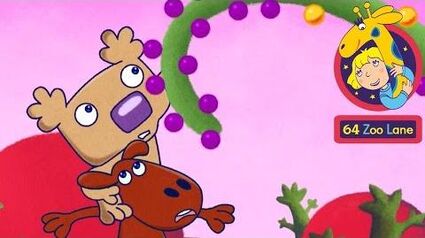