64 Zoo Lane Wiki
Register
Don't have an account?
Sign In
Advertisement
in: Characters, Animals, Residents of Africa,
and 12 more

Zed the Zebra is a zebra who lives in the African savanna. He is known for running super fast and can sometimes appear near with the other animals in the groups. He is also voiced by Lewis McCloud.

Zed has purple black stripes and a pointy hair.

Zed is very curious at seeing other things. He also has the ability to run fast. Zed is also helpful in meeting with the other animals.

Although Zed is very kind and helpful, Zed can sometimes be rude. In Episode 41, Zed yelled at the dromedary camel named "Gary" who thinks Zed is vain. Zed is not always mean, though. Zed is also sometimes an anti-hero in apologising to innocent with the animals.

Zed in the opening song from Seasons 1-2. 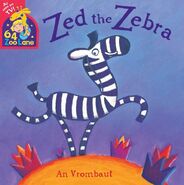 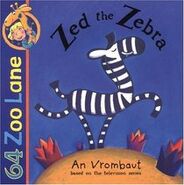